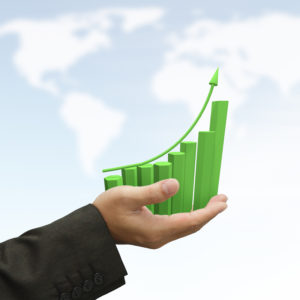 As eLearning narrators, we are highly aware of the not only the role we play as the conduit between the instructional design team and the learner, but of how the industry itself and its staggering growth is changing the way the world learns. Rather than learner going to teacher, the teacher (in the form of an eLearning program) now goes to the learner. Interestingly, the arena that has adopted and fostered the meteoric rise of e Learning is not the realm of academia, but the domain of business. And the driving force behind this capitalization has been the mighty benefit of the ROI.

Industry and markets change at light speed in the digital age. To stay competitive, update skills or learn new ones, educating the workforce has become a survival tactic. Knowledge powers business. In some cases, on line learning programs have replaced workshops, lectures and classrooms, but in others, it augments them.

The growth in eLearning since 2000 has been 900%. And between now and 2025, the global market has an expected CGR of 7.2%, growing from its current estimated value of $175 billion to a projected $325 billion. However, if business growth in the last five years is any indication, that number may be conservative. In the last 5 years, companies who employ eLearning have tripled their use of it.

By its nature eLearning is: 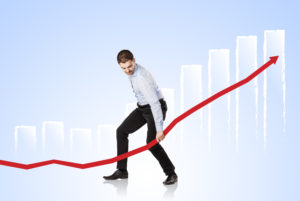 But, companies that have investigated the return on their investment note retention rates are 25-60% greater with eLearning programs than 8-10% with classroom face to face learning opportunities. Five time more material can be learned within a similar timeframe. Companies that use eLearning see an 18% boost in engagement, and for every dollar invested, they report a $30 increase in productivity. It’s even green! With a UK study finding delivery of education through eLearning causing totals of 90% less energy and 85% less carbon emissions than traditional methods. The best ROI stat? eLearning within business has led to an estimated 42% increased revenue.

Opening the dust jacket on this medium of learning, and you’ll see a mix of pre-recorded lecture content and video or visuals, some text, as well as interactive elements like knowledge quizzes, simulations, and games. The concepts of mobile learning and micro learning today are what gamification was yesterday. The technology will keep expanding, twisting and turning into new territory. 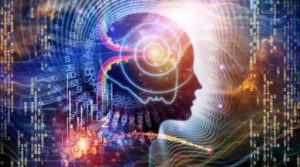 A constant throughout (so far) however has been the audio element of eLearning. It continues to be the human element of the interaction. The true intermediary between the educator and instructional design team/company on the one end and the learner and receiver of the message on the other end.

A top-notch narrator knows the importance of their role. Professional narrators think long and hard about the learner on the other end of the program, empathize with them and we do our best to transmit the often dense material in a truly interested and interesting way. We work on making our delivery authentic and professional, conversational and when called for, passionate. We are playing the role of the subject matter expert. It’s a role we play well. And believe it or not many of our team of eLearning narrators have read scripts for so many that in some areas, we’ve almost become SME’s ourselves.

Advertisers, the ultimate purveyors of behavior change and audience influence always and only rely on professionals to convey their messages. Businesses who invest in eLearning to better educate their work force or their potential clients do the same. As elearning narrators, we invite you to check us out. Ever interested in staying on top of the growth and trends in educational markets, we’re a vetted group of voice artists, a personal shortlist, if you will, dedicated to providing the industry with best in class talent.

Kim Handysides is one of 8 great talents at elearningnarrators.com. Her voice has helped companies win over two dozen elearning awards. She’d love to see you at #DevLearn this October.