eLearning is the new normal.

It’s cost effective and successful, it’s time and location independent. No wonder it’s taking over territory formerly held by traditional methods of education. To share a term used in marketing, advertising and business, eLearning is disruptive.

The modifier itself is evocative. Traditionally someone or something disruptive, interrupts or stops the flow of whatever occurred before. Like the class clown interrupting the teacher. The conventional connotation of disruption is negative, but since cultural models like Ferris Bueller and The Breakfast Club the inference has stretched to incorporate positive, even desirable aspects, as well. And so we were open for its insightful incorporation into business in the 1996 book “Disruption: Overturning Conventions and Shaking Up the Marketplace” by Jean-Marie Dru.

Disruption in business or marketing essentially means tearing down or exposing flaws  in old conventions to build new foundations for existing enterprise and birth entire new economies. As such we’ve seen shopping change from people going to where the merchandise is, to merchandise being ordered (online) and delivered to where the people are. Elements of the old order that are eliminated in this model are geographic and time constraints, limitations on product selection, pricing restrictions, crowds. The same disruption in paradigm shift holds true for information and education. Rather than people going to where the learning is, the learning is being brought to where the people are. 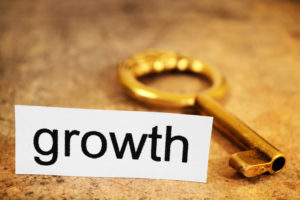 This single turn-about in the dissemination of information and learning has incredible impacts on corporations, educational institutions and the learners – employees and students involved. Its relative low cost, ease of adoption and use and great results in terms of retention and behavioral change, the end game in the business eLearning world, have led to an exponential growth of the industry. $140 billion or thereabouts today and headed toward $325 billion by the quarter turn of the century, as more formal learning institutions embrace the technology.

What this means for businesses

An employee’s education doesn’t end in school. Career long learning is a by-product of the information age. Technology and insights into almost every aspect of business are changing , if not at the speed of light, then at least at the speed of sound. To keep up, and stay competitive businesses must invest in the continual education of their greatest asset, their work-force to stay abreast of these changes. Offering opportunities for learning are currently part of a benefits package many employers offer.

What this means for academia

In a word accessibility. Not in the politically correct sense of the word, but in the sense that monetary and temporal barriers to education may be lifted. With the average college graduate in America entering the workforce with a student debt load of $80K, an online education with a much smaller price tag becomes a viable solution. Online learning reaches more people. It can become more individualized. A greater percentage of the population can participate in it, benefit from it and advance. With a lighter investment or debt.

What this means for the developing world 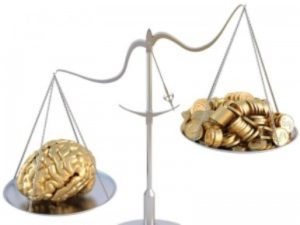 Online learning and its relative low cost and expediency have another disruptive effect. The education of people within developing economies. Countries where education has been extremely limited will benefit greatly from the shakedown of the traditional system of education. And the nations know it. Having a more educated workforce improves a nation’s economy and although there are some costs in setting up infrastructure for online learning in the developing world, they are infinitely smaller than traditional brick and mortar settings.

What this means for retirees

A trip, a hobby learning a new language or finally getting your Master’s degree. All are popular retirement goals for baby boomers. Travel-anywhere, access-anytime online learning holds great appeal to this demographic, a large percentage of whom are already well versed in the new model of education, have used it and prefer it. With less to prove than younger folk, they are less enamored with the hall and lecture style of study and seek knowledge for its own sake. Yet another place where disruption in education in the form of e learning frankly, crushes its traditional top-down counterpart.